Why you MUST be Bruces Vain!

Bruces Vain is an extraterrestrial mindfuck, a memeplex incarnated as an ambiguous holographic entity. Vain is the surname of a black hole as famous as the creator of spaceships that move through the energy of the void. Martians created a scientific-religious doctrine, based on the manuscripts written by the Vain blackhole through invisible stars within an infrasonic galaxy.
These texts tell about the hidden laughter of the void that we, sentient beings, should use to speak. The void, Vain says, finds amusement in watching the absurd universe in which we currently live  and, as he watches us, he laughs and tell jokes about us.
MUST(Mars Universal Situational Telepathy) studies these jokes and inserts them subliminally in the colective consciouness of other civilizations through a telepathic holographic projection that planets like the earth know as Bruces Vain. Their goal is to undermine socio-political systems that contradict the cosmic jokes of the void. There is a small sect of abnormal clown-like martians in the underground of the red planet, that are experts in retro-evolutive atemporal cosmic subversive acts.
They are known as Dischargians. MUST prints the holographic telepathic projection of Bruces Vain within the Dischargian counsciouness, and turns them into a space fetus that will be sent to the wombs of earth’s women.
The Dischargian babies project involuntary waves of Bruces Vain anywhere they are. If a Dischargian touches popcorn, that popcorn, which will eventually become a piece of shit, will have a small telepathic piece of the Bruces Vain counsciouness. If a Dischargian Bruces Vain kisses an ant, that ant will have a small piece of Bruces Vain inside its tiny brain.
Therefore, Bruces Vain can be within me, within your cat, the mosquito, the dust from the renovation of a neighbour’s house, inside the leaves of a flower or inside the unopened strawberry flavoured chewing gum delivered to a certain bakery a month ago. Your bizarre habit reveals a new path for Bruces Vain, Bruces Vain is not real.
Bruces Vain’s main argument is that when our thoughts are socially acceptable, we become enslaved to them.  Bruces Vain is food, science, research, innovation, entrepreneur and Director of Systems Research, a handsome psychedelic giraffe screaming at you in the middle of the night, awakening you in the filthy corpse of a stagnant and grey world habited by robotic, brainless and hairless monkeys.
YES! we are worms inside the stomach of the old world! 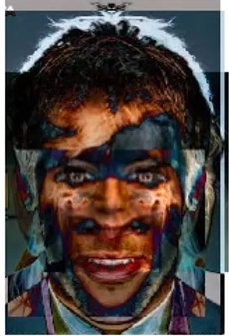 Disconnect your cables, wash your brain with acid, and be Bruces Vain today!