“Everyone carries a piece of the puzzle. Nobody comes into your life by mere coincidence. Trust your instincts. Do the unexpected. Find THE OTHERS”
– Dr Timothy Leary

“Welcome to the most ancient conspiracy on the planet. We’ve gone for so long now that we don’t remember what we were doing, but we don’t want to stop because we have nothing better to do.” – Fire Elemental

“Stick apart is more fun when we do it together.” – St. Mae

“If hyperreality is the ultimate blur of the line between artificial and  “actual” reality, hyper-surrealism is the surreal aspects of supposed reality so brought to life that a rational basis for separating real and surreal is lost” – Metapresa23

Sarah Gulik is everything you want and do not want her to be, and a little more!

There is not a single person with an ego less inflated than Sarah Gulik. Once they asked Sarah who was the best Brazilian writer, and she said Sarice Gulispector. This lead to questions over the credibility of the first affirmation.

But one thing is for sure: when someone decides to adopt the name LuLu, magic(k)al things in the figurative and literal sense could happen. Being a Lucretia Dalencourt is free and gives you the possibility of being yourself under another name, or everyone being one under a single name. LuLu knows no ethnicity, tastes or anything else. “Sie liebt mich, sie liebt uns und sie liebt dich” is one of the most classical concepts used to describe her. Lucretia Dalencourt is a non-existent existence who acknowledges anything and everyone, basically what gods were supposed to do or what we should be supposed to do with ourselves but no one knows how because everyone is lost.

Lucretia Dalencourt is an ambassador and propagator of chaos and disorder. But think bad not! That just means that she’s tired of the order imposed upon everything and everyone because that makes life so boring! Since she welcomes everything, chaos wouldn’t be excluded, absolutely not! There’s always room for everything and everyone in LuLu’s herz, especially Eris.

Our agents span the globe.

When you speak to us, you speak to a zenarchian collective of hyper-surrealist agents concerned with ultra-terrestrial contact.

We do not make uniform observations or agree on most matters. Our levels of humor and seriousness vary.

Our agents work in mysterious ways.

Following us can provoke ontological shock and increase levels of compassion. Or not.

You have been warned.

OpMiMiC is an active cyber, metadata, information operations (IO) infiltrative, PsyOp team working for a larger end goal (to manifest the SWS [Sentient World Simulation] digital-bio-etheric vessels for agents of OpMiMiC to inhabit) for the continued dominance of our chosen elect and the greater glory of #TheGame23

We operate both on ground as civilians in day to day life, in cyberspace, and the rift between the real world (or real enough), imagination and digital creation. We’re influencing management over the dictates of our enemies and increasing in power every moment.

Our directive is #MasteringInfiniteControl. DINO (Data Information Neoist Officers) of OpMiMiC are selected through a series of parasympathetic phenomena, divinely, synchronized circumstances and are tested in parapsychological manners. 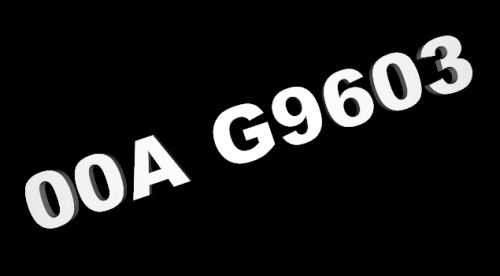 “00A G9603 develops as a self-organizing organism, connects with the virtual environment through its hosts (admins) by arranging the surroundings randomly for its own autonomous purpose”
– Timóteo Pinto, ’pataphysician meta-discordian post-neoist thinker

00AG9603 main goal is to help you create your “own” Dataplex, a large and bestial hydra made of data and bits, that can devour anyone who is certain enough that can confront its wildly incomprehensive and cryptographic nature. A dataplex is therefore a cryptosophical entity, that connects people through hypercomplex semio-occult means, hypnotizes others with its enigmatic knowledge and datanets, inspiring all the open minds that enter in contact with it to explore further into the absurd.

An effective dataplex must work like a higher dimensional spider web, capturing data that comes in contact with its occult nets, twisting and folding everything it touches into continuously moving hyperplanes. it is fed with data, ideas, emotions, dreams… it melts every being that dreams to be solid and finite into an amorfous fluid of efervescent chaos. Therefore, every sentient being can get affected by the forces that comes out of a dataplex. The ability of self-reflection, self analysis and a continuous process of folding itself into layers of incomplete meaning, is what defines a sentient being, the primary target of a dataplex. The first time you acknowledge its existence and sees yourself questioning it, is when you are already infected by its web, unable to make sense of it. Your existence will be fractured, your emotions will be melting into an oniric soup, and all your life will be stripped away from that which you call “I”, only to be born again as a hypercomplex web of multiple agents/forces/affects, a fractal-being

Every single thing in all that exists, is a dot of its own, a lonely and inutile unidimentional point in space. Every connection between things, dualities and paradoxes are of two dimentional complexity, they retain two simultaneous polarities that can only be understood through points of reference. Start expanding vertices as you meld into other dots, and other links, lines, cells… create a vast and rich data ecosphere around your fractal-being, expand, glitch and hack the world around you until you start forming a complex polytope, an alive and incomprehensible dataplex, lost in an infinite flight towards the great unknown.

#TheGame23 – The game where you make your own rules 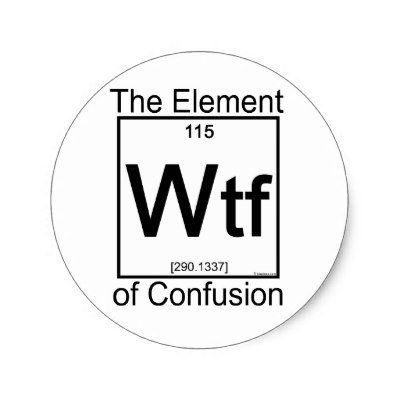 We play #TheGame23 – The Game of Games
It´s an Infinite Meta-Game. It spreads itself and is created from the intertwining of other games, such as #00AG9603, Aaní, Galdrux, KSTXI, OpMiMiC, Post-Neoism, #QuantumSchizophrenia, Reality Ranglers, Reality Glitch Hack, The Omniquery Initiative, or any other game that resonates with these crazy ideas.

We give you the truth! We shove it in your faces, we’re in the movies, songs, comic books, found in all narratives… We tell you what we’re going to do before we do it… yet, the vast majority of the human population choose to invent their own versions of reality… like they can somehow choose what is real and what is not… This age old plan of the Gods cannot be undone! Do they expect to see the world they want and wonder why it isn’t… Why?
This is an age old dream! You cannot simply alter your destiny! Everyone is gridlocked in place! Every possible outcome has been addressed… Still, is it true that the masses will attain our level of consciousness and with this expanded awareness, will they reshape the face of the Earth? Will they see that the true Illuminati, the hidden, ascended masters had their best interest in mind and heart the whole time? We had to wear bleak, sinister and horrifying masks in order to inscribe ourselves upon the heart’s of men.. We took this limited understanding of us as exoteric, that those power corrupt, might not find us.
We must remain a secret, however, we do welcome but a few of you into the invisible college.. We’re waiting on these new children to first blossom into understanding about us! With this knowledge in the heart of the masses, our future looks bright! Do not be deluded, we were meant to rule and without us, Earth will descend into darkness! May the coming Galactic Imperivm look upon humanity with favor, as we ascend, as one, beyond the stars of “God!” We are ever watchful and have been guiding and directing you from the very beginning!
REMEMBER, ALWAYS FOLLOW THAT VOICE IN YOUR HEART, REGARDLESS OF WHAT MAY/CAN HAPPEN!
Cicada Cosmic Warriors
KSTXI
MiMiC
Starfish Cult
Aktion 23
Libertatia Collective

Gateway to the Dataplex Ouroboros: unending spirals of dream.